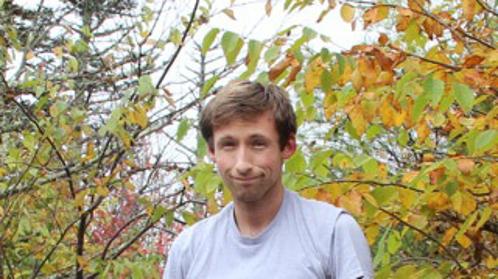 “While a student at Gettysburg, courses in ecology and geographical information systems (GIS) prompted my interest in how the populations of organisms change through time and in space, and how these changes are influenced by the characteristics of the landscapes they inhabit,” Walter said.

In this paper, which began as Walter’s environmental studies senior thesis, satellite images were used to monitor the death of trees resulting from a severe mountain pine beetle outbreak in Colorado from 2003 to 2010 and analyze how forest characteristics and topography influence the spread of infestation.

“The most significant contribution of this work is that it’s the first paper to demonstrate that, over the course of an outbreak cycle, the environmental characteristics of infested areas tend to change,” said Walter. “If the pattern of change proves to be predictable, this knowledge could aid managers in targeting interventions that reduce beetle populations and prevent damage to forest resources.”

Since graduating from Gettysburg College in 2010, Walter has continued research on the population dynamics of forest pest insects as a PhD student at the University of Virginia. His dissertation focuses on explaining patterns of geographic variability in the spread of the gypsy moth, a Eurasian forest pest that has been invading North America since the late 1860’s.